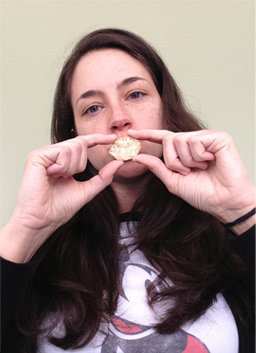 Many snackers might recall Keebler Munch ‘ems.  They were popular crackers in the nineties that were “baked ’til they crunch like chips” and came in original, cheddar, ranch, and sour cream and onion, with other flavors added after a successful run.  These aren’t gf and have been discontinued (which appears to have happened around the time that Kellogg’s acquired Keebler), so why am I mentioning them?  I found their healthier twin!  Whether you are gf or not, Van’s Natural Foods Gluten Free Crackers are awesome!  If you craved these crisps then and want to petition to bring them back now, you will be shocked by their likeness. 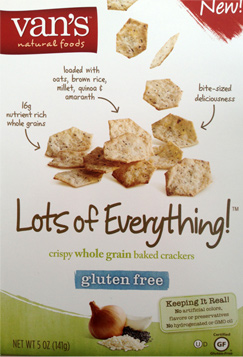 I had no idea what I was getting when I picked up this box a couple days ago at Walmart (I have seen them at local Giant Eagles as well).  To me, they seemed like a light, bite sized snack, nothing more.  Opening it today and tossing the first one in my mouth, I got zapped back to my childhood in the 90s.  I immediately likened them to Keebler Munch ‘ems and exclaimed as much.  Van’s version comes in Say Cheese!, Multigrain, and Lots of Everything! flavors, with my selection being the latter.  It reminded me of a cross between Keebler’s original and ranch, which were my flavors of choice back in the day, but admittedly with poppy being the difference.  The texture, crunch, weight and even shape, yes that mini hexagon shape, were all the same.  So if you are looking for a nostalgic little blast from the past, pop a box of these in your cart, take them home and tune into an episode of Full House while you chow down. 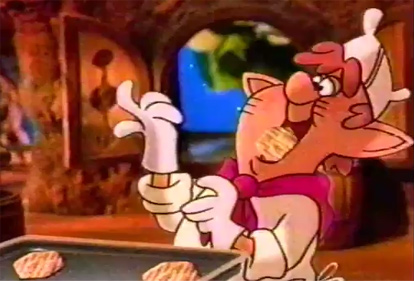