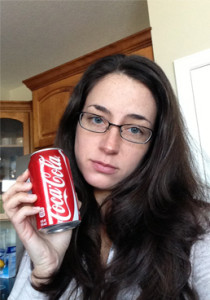 Giving up gluten for Lent?  For those who don’t have celiac disease or aren’t gluten sensitive, giving up wheat (and other gluten laden products) may seem like an unnecessarily hard task to try.  But some do it.  I actually recall going to lunch last year and hearing from the waiter about someone in the back kitchen who went gluten free for Lent.  Apparently, the man decided each year to try a lifestyle change and had gone vegan another year.  It was about learning, experiencing and relating to the obstacles of each way of living.  I was thoroughly impressed.  After doing a Google search about people giving up gluten for Lent, I was pleasantly surprised to see that he wasn’t the only one.  Each for their own reasons but all in attempt to better themselves whether physically or mentally.  This KitchenStewardship article by Katie Kimbell stood out because it discussed her whole family going gf for Lent and the affects it had on each member.

Not all Christian denominations even observe Lent and the majority of people don’t partake regardless.  Others take the easy way out and only give up something they’d barely miss.  That isn’t how I do it.  I was raised to give up something I’d miss (no, I’m not Catholic if you are wondering) and on Ash Wednesday I make a final decision that I begin the following day (yes, I know I’m supposed to start that day).  In younger years, I gave up sweets like chocolate or ice cream; last year I gave up Facebook.  Yes, you heard that right.  No Facebook for six weeks.  I didn’t realize how mindlessly and habitually I’d hop on until I gave it up.  It probably took a good two weeks to not have to consciously stop myself from logging in.

Since my life is already gluten free, and I had to give up iced tea over a year ago due to ass-kicking kidney stones (90% of what I drank was unsweetened iced tea with lemon for years) I had to decide what I am currently addicted to.  Coca-Cola Classic.  No, I’m not just giving up Coke and opting for Pepsi.  Nor am I limited it to cola, but extending it to all pop.  One more step?  Why not?  I decided to eliminate all pop, sports drinks like Gatorade and juices.  I don’t consume energy drinks or I’d add that in as well.  I may want them, but I don’t need them and truth be told, they aren’t healthy including the sugar concentrated “juices”.  Farewell to drinking my calories until Easter.  Good luck on whatever challenge you decided to take on and remember that in the grand scheme, it is only six weeks.